The Redevelopment Agency (RDA) of Midvale City is a public Agency established by resolution by the Midvale City Council on July 6, 1982. The RDA is governed by state regulations but the specific plans, policies and budgets are overseen and approved by the Mayor and City Council.

The purpose of the RDA is to attract private investment into economically depressed communities; revitalize older neighborhoods through rehabilitation and new development; build housing for all income levels; and eliminate blight within its project areas.

On August 10, 2004, the Redevelopment Agency of Midvale City  and the Board of Directors adopted the Bingham Junction Project Area. The project area encompasses 390 acres in the northwest corner of the City.  It is bound by the Midvale City boundary on the north, 700 West/Holden Street on the east, 7800 South on the south and the Jordan River on the west. 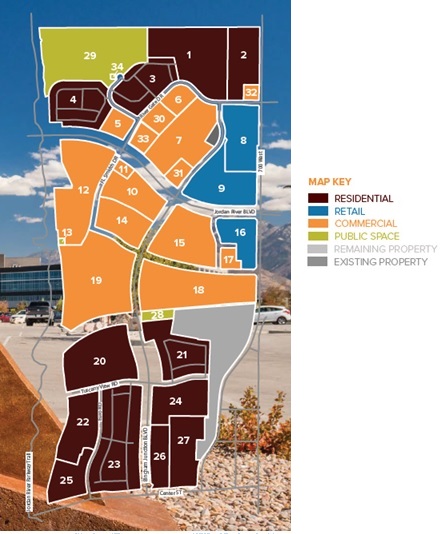 Between 1871 and 1958 there were five separate smelters located on or near the property that processed ore from Bingham Canyon, Kennecott Copper and other mines. The smelter operations and waste materials resulted in contamination of the soil and groundwater.

In 1991 the Environmental Protection Agency placed the property on the National Priorities List, the Agency’s list of top priority Superfund sites.

By 2007 the completion of major cleanup activities on the site ultimately removed the property from the National Priorities List. The remediation plan imposed by the EPA cleaned up the property but left it subject to the requirements of Institutional Controls. These constraints impose extraordinary costs associated with developing the site. In addition, the industrial property had been abandoned for over 20 years and lacked the basic infrastructure of roads and sidewalks as well as water, sewer and storm drain service. The Bingham Junction Project Area was created to provide tax increment financing assistance. On May 20, 2015 the Bingham Junction Project Area was officially de-listed from the National Priorities List.  The collaborative efforts of Midvale City, private developers and the Redevelopment Agency have turned this former brownfield site into a successful model for redevelopment.

With approval by the Taxing Entity Committee, the Bingham Junction Project Area budget provides for collection of 80% of the property tax increment generated for a period of 25 years. The primary purpose of the project area is to address the extraordinary costs imposed on the property as a former Superfund site as well as the construction of infrastructure to prepare the area for development activities. The Total Assessed Value for the Project Area increased significantly once cleanup of the property was completed and the property was cleared for reuse. This growth in value has continued as the infrastructure has been installed and development has occurred. 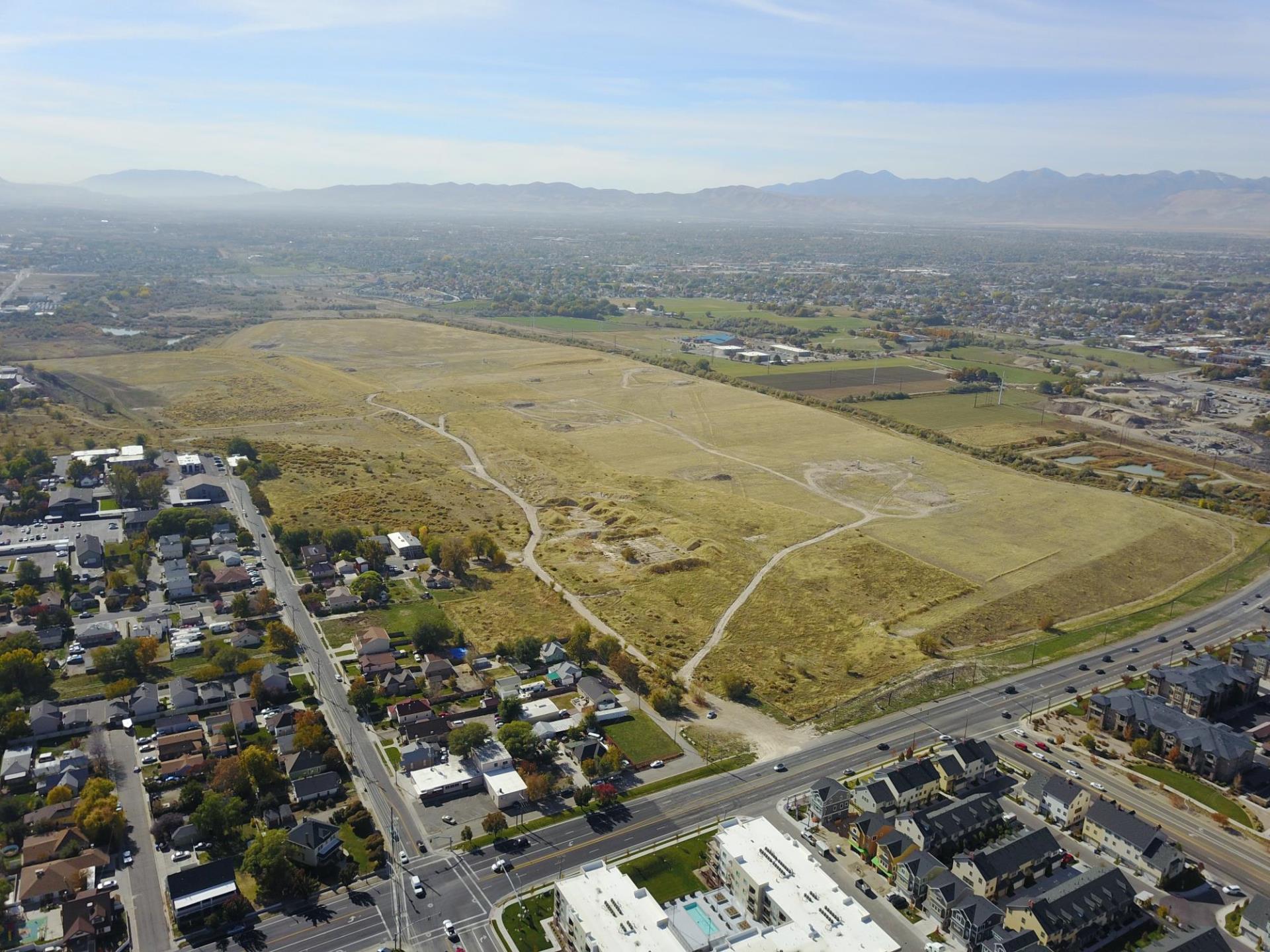 On August 10, 2004, the Redevelopment Agency of Midvale City Board of Directors adopted the Jordan Bluffs Project Area. The project area consists of 268 acres on the City’s west side. It is bound by 7800 South on the north, Holden Street and Main Street on the east, the Midvale City boundary on the south and the Jordan River on the west. The Agency has not pulled the trigger on the collection of tax increment.

The Jordan Bluffs Project Area consists primarily of the Sharon Steel Superfund Site. In 1902 the United States Mining Company started operation of their copper smelter on the property. Byproducts of ore processing that contained high levels of arsenic and lead from the milling operations were deposited to a waste tailings pile on the west end of the property. Between 1982 to 1990, investigations conducted by local, State, and Federal agencies determined that soils on the Sharon Steel property, as well as on nearby residential and commercial properties, had arsenic and lead concentrations at levels that posed unacceptable risks. In 1991 the site was officially listed on the EPA National Priorities List. The EPA conducted cleanup operations on the site throughout the 1990’s which resulted in capping the tailings piles with a flexible membrane liner. Because of a high level of contamination and the fact that the contaminated soil remains on the site beneath a cap system there are extraordinary costs associated with developing the property in the future. The property has been vacant for over 25 years and will require massive amounts of additional fill material and infrastructure costs for redevelopment. Over the past ten years the ownership group has conducted further investigations and preliminary placement of fill material has been done to test compaction on the site. In 2015, the RDA entered into an Option to Purchase Agreement with the current owners of Jordan Bluffs.  During the option period, the Agency publicly marketed the site for private acquisition and development.  At the conclusion of this process, the Agency entered into a Purchase Agreement with KC Gardner Company, L.C.  It is anticipated that the developer will acquire the property in late 2017, with development to begin in 2018.  In addition to new commercial and residential development, the site will also include an extension of Bingham Junction Boulevard and other infrastructure improvements.

With approval by the Taxing Entity Committee, the Jordan Bluffs Project Area budget provides for collection of 100% of the tax increment for 25 years with a 20% rebate back to the Taxing Entities. The primary purpose of the project area is to address the extraordinary costs imposed on the property as a former Superfund site as well as the construction of infrastructure to prepare the area for development activities.