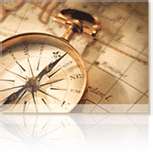 Under the general policy guidance from the Mayor and City Council, the City Manager, plans, organizes, integrates, fiscally controls, directs, reviews, administers, and evaluates the activities, operations, programs and services of Midvale City.

He/she serves as the Chief Administrative Officer of the City and has direct responsibility for carrying out the policies, programs and ordinances determined by the City’s elected officials; has the responsibility to develop, present and implement the City’s budgets; ensures City government operations and functions effectively serve Midvale City’s residents, businesses and stakeholders.

Mr. Loader has been with Midvale City since 1989 serving as the City Manager since January of 2006. Prior to that he held the following positions with the City: Public Utilities Supervisor, Public Works Operations Superintendent and served as the city’s Public Works Director for 10 years. Before coming to Midvale City he worked for a large water and sewer special district and owned his own construction and land development companies. Currently he represents Midvale City on several boards of directors including UTOPIA where he is currently the Chairman, the Valley Emergency Communications Center, the Metro Fire District and he currently serves as the Vice Chairman of the Trans Jordan Landfill.